There are bad games that have a decent following because they make a parody or particulate their strong point (Goat Simulator, Postal and continue to please), but there is no real category of B-series video games. If we had it, though. , the representative would undoubtedly be Deadly Premonition, which believed to the last that it could emulate the great productions and eventually earned its audience, two re-editions, a sequel, and a Guinness Book of Records to be, in essence, ” the most beautiful ugly survival horror in history ”. Chapeau!

Death Stranding either you love it or you hate it, but it certainly does not leave you indifferent. This is also thanks to the indisputable marketing skills of Sony and Hideo Kojima, who have made the mystery and half-revelations an irresistible bait. Kojima also deserves credit for having a strong and immediately recognizable authorial voice in an industry that at high levels tends to stifle the vision of the individual in favor of standardization, and also for this reason the world of cinema has decided to trust him.

Take the most successful genre, that of war shooters, and try to turn it into a product that in addition to grinding profits also has something to say. Yager did it in 2012 with a game that doesn’t glorify war or its protagonists, and that makes you feel the full weight of human tragedy that hides under a uniform. Spec Ops fits perfectly into the discourse on moral choices that have characterized this decade of gaming, indeed it inaugurates it together with The Walking Dead by Telltale Games, released only a few months earlier.

Starting from a prototype playable on a PC browser and finally arriving at virtual reality, Superhot is an action movie in constant slow motion that works in every sauce as a video game. In VR it is one of the few experiences that give you back the use of your hands and that you can play for hours without feeling, in the end, as if you had just got off the Poseidon. Even today, being in an impasse with three still bullets, suspended in the air a few centimeters from your nose is the most exhilarating sensation ever for anyone who has grown up with the myth of the Matrix.

The run ‘n’ gun made by Studio MDHR for Xbox One, in addition to representing an incredible production effort for a group of fewer than ten people, reminds us that quality still matters in the age of mass (re) production. Behind the craftsmanship of the animations drawn by hand by the Moldenhauer brothers, there is not only passion and a certain obsessiveness, but also the reaffirmation of attention to detail, the rediscovery of anomaly and unpredictability. Cuphead is also so difficult because his world moves in a way that we are no longer used to seeing.


No game can boast more variations of Tetris, but while some work wonders because they don’t affect the basic formula (like Tetris Effect by that genius Tetsuya Mizuguchi), most can only prove that there is nothing better than ‘original. Except in the case of Tetris 99, which has the merit of taking the most popular genre of the moment, that of the battle royale, and mixing it with the most classic of classics. Tetris 99 reaffirms the concept that it is not the tradition that has to adapt to the present, but rather the opposite.


The Last Guardian is the swan song of Fumito Ueda, who gives us his third and last work after having kept us in suspense for years (eight, to be exact). The exorbitant length of development generated the real risk that the game would already appear dated upon its release, but The Last Guardian has rather the ancient flavor of something that we will never see again. Like Trico, and the instinct so real and tangible that animates him. Even today, the most “alive” creature ever to appear in a video game.

If there is a genre that most of all are experiencing a new spring thanks to independent productions, this is undoubtedly that of Metroidvania. Of all the jewels we’ve received over the past decade, however, Axiom Verge is certainly the only true spiritual heir to the first Metroid. Its spartan and bumper 8-bit graphics convey all the sense of isolation and inhospitality of the 80’s videogame alien worlds. But there is more because under the stylistic rigor there is instead gameplay that rewrites the conventional canons in every possible way. A game that is easy to define as perfect.

With the reboot of the series beginning in 2013, the Tomb Raider franchise is looking to reassert its relevance in a post Uncharted world. We can’t honestly say that so far he has succeeded in the best way, but behind the missteps and a script that leaks from all sides, Tomb Raider is the only adventure game that has abandoned the model of archaeologist à la Indiana Jones to make us feel a little more Bear Grylls. And it shows us that the world of video games is not yet ready to do without Lara Croft.

There are graphic adventures and there are puzzle games. Sometimes the two genres go side by side without touching each other within the same game; sometimes – only one, to be precise – we have Return of The Obra Dinn, which makes history the puzzle that needs to be rebuilt. Many have tried to make us feel like Sherlock Holmes before, and some have even succeeded to some extent. Lucas Pope, however, goes further and rewrites the rules by placing us at the center of the perfect crime scene where everything is still, crystallized in time, nothing can be touched and there is no “random press”. The only dynamism is in the mental reconstruction of the events entrusted to the player. The only video game where the funniest part of the experience is the one where, in fact, you don’t play.

One of the most illustrious exponents of the “walking simulator” genre which includes those extremely linear video games in which exploration is the ultimate goal of the experience. An intense adventure, with dark and mysterious tones, which confirmed the visionary talent of the Californian boys of Giant Sparrow, after the excellent debut of The Unfinished Swan. 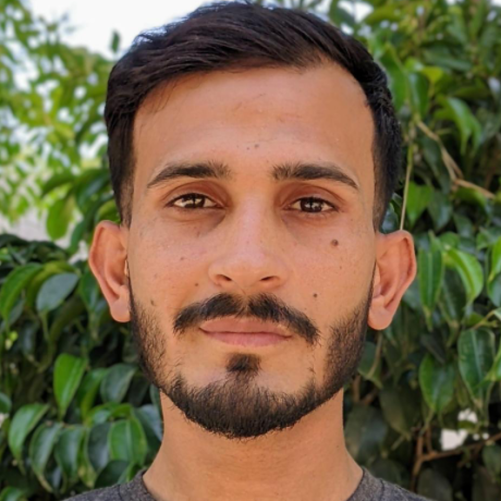 My Name Hassan raza, I'm SEO specialist. I have three year experience in Search engine optimization. Related to my education i done a DAE civil engineering, in 2016 and now doing a BA. Some short skills which i have, Autocad, 3ds max, Cartoon animation making CPA shopify affiliate marking.

The higher you climb, the bigger the fall you face–Ask Anil Ambani