Research has always approved music therapy and associated activities as an integrative therapy for a number of disorders. Most doctors and health care experts suggest using the least invasive route to help patients feel their best. For instance, it can be a stress inhibiting measure, a special diet regime, or an exercise program prior to prescribing a pill or surgery. It has been proved that some healthy changes in lifestyle changes can help prevent several adverse effects and interactions related to herbs, certain drugs, or supplements. Also this therapy is cost-effective.

Music is an integral part of life for most people. Some are bathroom singers while others relieve day to day stress by playing or making music. Many have a favorite playlist to stay motivated during a workout session. Cooking a meal or doing household work also demands music for many men and women.

Linked with an individual’s mood, it is a proven fact that certain songs can make one feel happier, very energetic, relaxed, or sad. Now that music is proven to have a huge impact on one’s overall well-being and mindset, it is no surprise that therapy involving music has been seriously studied for use in managing various medical conditions.

Almost all forms of music can ensure therapeutic effects yet music originated from one’s own culture is known to be the effective. As per the medical theory of China, 5 internal organ and meridian systems have conforming musical tones. These are primarily used for encouraging healing.

Different types of music handle varied types of neurological stimulation. Music can also be utilized with guided imagery for producing rehabilitated states of consciousness to uncover hidden emotional responses. These can also stimulate creative insights in an individual. Additionally, music is also used inside the classroom to help children develop language and reading skills.

Listed below are some of the conditions that can be supported with music therapy. The studies on these topics are aptly supported by scientific evidence:

It is a brain disorder related to a wide range of developmental issues problems. Most part of the problem is directly associated with communication and social interaction. As per the American Psychiatric Association, the disorder among children is categorized as a kind of autism spectrum disorder (ASD). Autism is mainly categorized by issues related with social interaction, communication, repetitive behaviors. Many of the medical professionals use a broader term for this condition which is referred to as pervasive development disorder (PDD). Research and studies have revealed that children and adults with autism spectrum disorders have deepened interest in and response to music. It is also believed that music therapies and attending classes at professional music centers aids in the teaching and development of communication skills (verbal and nonverbal) and for instituting normal developmental processes.

There are many evidences that music played to the womb during the third trimester can result in children showing more response to music post birth. Calming and comforting music can help newborns get relaxed and less nervous. In another study, it has been revealed that pre-term newborns exposed to music show augmented feeding rates, significant reduction in days to discharge, improved weight gain, and a boost in tolerance to stimulation. Music helps these babies benefit from reduced heart rates. Most health experts believe that calming music helps with deeper sleep-after therapy for babies.

The condition involves cognitive functional loss (an intellectual procedure causing understanding, insight, or cognizance of one’s ideas and thoughts). Changes inside the brain can cause dementia. These changes are usually associated with trauma or disease and occur progressively or quickly.

Cognition can be defined as the procedure or act of thinking, observing, and learning. Some of the most common cognitive functions that may get affected by dementia include:

Dementia can also lead to changes in personality and behavior. This depends on the area(s) of the brain affected.

In case of older adults suffering from Alzheimer’s, dementia, along with other mental disorders can be benefited by music. This therapy is proved to be helpful in reducing agitated or aggressive behaviour. It will also reduce major symptoms of dementia and improve one’s mood. Music therapy for dementia is also very helpful in improve cooperation with day-to-day tasks, such as bathing. It has also been proved that music therapy can decrease overall risk of brain or heart diseases in elderly patients of dementia. 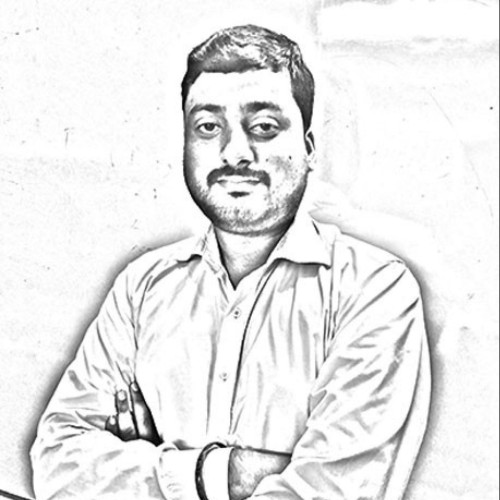 A senior content writer having vast knowledge of writing on variant subjects.

The Best Skin Specialist in Jaipur for Skin Disorders