Kusum is a word of Sanskrit language which signifies flower. Sarovar literally means a pond(Kusum Sarovar). The legends say that Radha a consort of Lord Krishna used to come to the vicinity of this pond which had unusual growth of flora in that time. Radha used to pick flowers to make a wreathe of flowers for hair decoration. This is a sacred place for the Hindus where Lord Krishna used to play Leela with Radhaji and other Gopis. 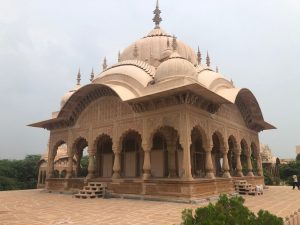 Location & Timings of Kusum Sarovar – This famous religious place of Mathura is located nearly 22 kms far from Mathura in Govardhan. It is one of the important spots of Govardhan Parikrama Marg. This place is open for the devotees from 6 Pm every day of the week.

How to Reach Kusum Sarovar – If you are in Mathura you can take a taxi or used your private car. You can also take the public transport of bus or the tuk tuk. This place is nearly 60kms away from Agra. You can come to this place from Delhi also by using the Yamuna Express way. 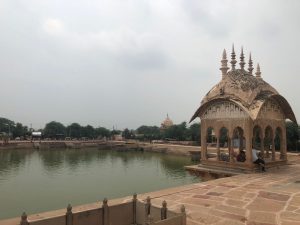 This Pond has a long history. The reservoir is supposed to be built by king Chhatrasal of Bundelkhand. As a devout of Lord Krishna he visited the place and gave donation and thus erected this place. During the Jat rule this place including Mathura was under the domain of the Jat King of Bharatpur. At the demise of well known ruler Raja Surajmal his son Jawahar singh cremated him on the banks of this reservoirs and made an impressive chhatari in his memory. Later the wives of Surajmal and other family members were also cremated and some other Chattaries(Samadi) were built.

The entire area is built in red and buff colored stone. In the back drop of the Kusum Sarovar lies the towering Chattries. In the central hall there is the cremation point of king Surajmal. The ceilings of the cenotaph are nicely ornate with frescoes. The themes of the painting are the coronation ceremony, Durbar proceedings, Hindu legends etc. You can also witness the idols of the Hindu deities. Right on the top ceiling in the centre is the beautiful painting which you can pictures for the Instagram. From the top cenotaph you can enjoy taking pictures of the reservoirs. Lots of people dive in the Kusum Sarovar. 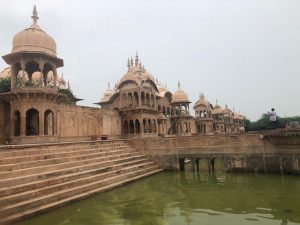 Next to Kusum Sarovar hardly at a distance of 2kms lies Radha Kund. You have to pass through the narrow alley to reach the Radha Kund. This is another major spot of Govardhan Parikrama. Legends say that Lord Krishna used to be with cowherd in this Govardhan region. A demon Aristasur used to tease the people. This Satan attacked Lord Krishna in the deceptive guise of a calf and was doomed to death. His consort Radha suggested that as he killed the cow family he would be cursed with ignominy. Lord Krishna spontaneously dug a pond by the end of his flute and similarly Radha sunk another pond nearby the thrust of her bracelet. The pond sunk by Krishna is called Shyam Kund and that one by Radha is known as Radha Kund.

The legend says that Lord Krishna and Radha indulged in Maharas after taking bath. To mark the event every year in the Kartik month on Asthami lots of couples come to take bath in the quest of son. This day is called Ahoi Asthami. The ladies wish from Radhaji to bless them with son.

Chutad Teka – This is a resting place for those who indulge in 7 kos Parikrama of Govardhan. The legends say that Govardhan Parvat is losing it’s height day by day from thousands of feet to 30 meters now. In the holy months of Sravan pilgrims walk around this Parvat which is linked with Lord Krishna. The mythology says that Lord Krishna lifted this mountain on the top of his finger to save Gokul from the tyranny of Indra and saved the common folks from the torrents of rain showers. Thus Govardhan Parvat is a prime center of religion. Lord Krishna appealed the people to worship the mountain which is the suitable place for the cows and cowherds and useful to the vicinity. 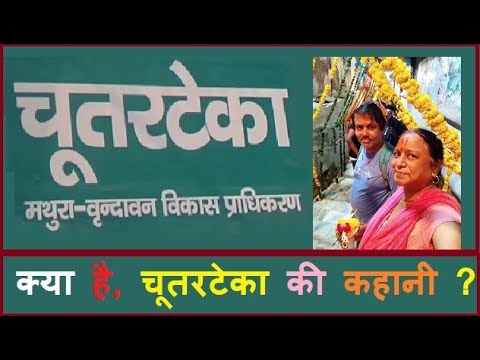 The mythology says that while Lord Ram was planning for a bridge over the ocean, Lord Hanuman approached Dronagiri for stones and Dronagiri dictated his son for the noble cause. As Lord Hanuman was carrying Govardhan he got a call that now no need for further stones. Lord Hanuman left Govardhan at the place and had a rest for a while on this seat. Since then this seat is called Chutar Teka. Other story says that Lord Sri Krishna had a rest on the seat after saving the common people from Indra’s rage. 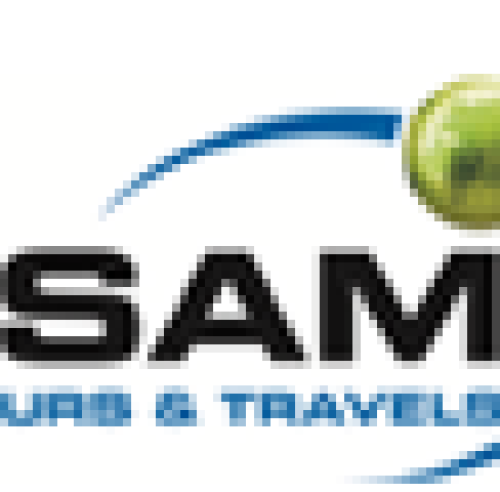 S.A.M Tours & Travels provides you a unique information and asistance while customizing your tour packages. You get to know the best places to visit in Agra, complete information of Agra monuments, short tours & activities in Agra, Delhi and Jaipur.Besides the information aspects we provide you our top selling tours like – Same Day Agra Tour, Agra Mathura Vrindavan tour, skip the line entrance Taj Mahal Tours. Our expertise also lie in arranging the multi-day tours for Delhi, Varanasi, Jaipur, Agra etc. ranging from 3 to 7 days. We cater to your needs cab, hotels, tour guides, booking train and air tickets with all ground arrangements.If you dream of doing one day Taj Mahal Tour or desire doing the sightseeing of Delhi Agra from any part of the globe, we can provide you instant quote. We can also help you in participating the cultural activites in Agra. As a vacationer if you are looking for budget car rental services for Agra and Jaipur from Delhi, we can provide you impeccable services of car hire. You can just call us or mail us 24*7 for any help.

Khajuraho fusion of Hindu and Jain art –Top Activities To Do