Songs are the collection of feelings, emotions and words which we want to express. Without songs, life would be completely boring. It’s rhythm, background music and sounds of musical instruments are so beautiful that it is difficult to utter. Sometimes we concentrate too much on the lyrics, forgetting about the environment around us.

Still find it difficult to remember the song when background music is running. Most of the time it happens with older people. They forget the lyrics and keep thinking about the song asking themselves “which song is this? I have listened it before.”

Songs play an effective role in our life. It actually makes you smarter. But sometimes smartness doesn’t work. People often forget the lyrics of the songs. They fail to recognize the song from the music. It requires a lot of mental effort to identify the song. In today’s world, this is quite easy. There are online song Identifier tools and software which helps you to identify the song.

Have you ever wondered about a song, after listening the background music. Did it got stuck in your head. You are failing to identify the lyrics? Don’t worry there are some good softwares to make it easier for you to identify the song.

It is a great app developed by a British company, Shazam Entertainment Ltd. This app can identify music, movie, advertising and tv shows. It uses the device built-in microphone to collect a sample of audio being played. It analyzes the captured song and then finds a match that is based on an acoustic fingerprint, within a database containing more than 11 million songs. When the user tags a song for 10 seconds, the application creates an audio fingerprint. It stores a list of audio fingerprint in a database so the created audio fingerprint is searched matched with the database. If found, app give results or else it shows the result “song not known”. With this app, you can follow world-wide artists. This app is supported on multiple platforms such as Android, Windows, Mac, Windows phone, iOS, Android wear and Apple watch. In case you are offline, Shazam will save what it hears and later it will find the match. It is one of the best app with a clean interface and there is the availability of lots of information about a song. This app is free to download.

It is an another app and a biggest competitor of Shazam. This contains similar features like Shazam. Though there are some difference between both. If Shazam offers blue button for tagging then Sound Hound offers orange button for the same. This app even support voice control feature. When you say “Ok, Hound”, the app allows you to tag music and also you can search information about an artist without using your hand. You can sing or hum music and Sound Hound will search and identify the songs for you. It has its own music player that plays tagged songs. This is the best song identifier app for Android users after Shazam.

One of the perfect song Identifier for Android users. It is difficult to find the replacement of this app. There are millions of people all over the world who use this for identifying song. It is available for different device users. The app has advanced feature namely sleep timer and equalizer.

It is not popular like the others mentioned above. This app tells you about the song you are listening and also show you the list of most listened songs. The app contains and unique feature ‘Livemap’ that tells you about real tags from the people. It is a wonderful way to know, what people like to listen. This doesn’t provide you direct link of the song. It sends you to YouTube or AZlyrics to find them. It is worth to give a try.

Being frank, this is too simple. Hold your device near audio device and then this app will tell you, which song is running. Just like others,this contain chart feature to find the songs. After tagging a song you can add a comment, that will remind you the reason behind liking that particular song.

It is one of the largest song identifier that helps you to find out the song through snippet of the lyrics. It support on two of the most popular platform Android and iOS. It offers you an easy way to identify artist name, music etc. In addition you can watch YouTube videos too and launch Pandora radio.

From all the above, the best one is Shazam. It contains lots of ways to share and interact with music too. Sound Hound is little great for singing and humming. It’s additional feature voice control and music player is a bonus for the users. MusicID and TrackID are simple to use and don’t contain any special feature (except livemap in TrackID). All are safe and secure to use.

It’s an excellent Google Play widget to identify the songs being playing around you. You just have to pin it on your phone’s home screen and then by pressing, hold your phone up to speaker. You will be directed to Google Play after identification of song. From there, you can either purchase or add the song to your playlist. Not only this, Google Play also gives you the full lyrics of the song.

With the evolution of AI “the fifth generation computers”, technology has achieved a new height. It can give you answers of that questions which is difficult for us to find. Do you know what Google or Siri can do? Whenever you are unable to identify a particular song then just take  your phone and say “Hey Siri” or “Okay, Google,” then “what is that song that goes like.” Sing few words and wait for your digital assistant to respond. Next time, use your phone and don’t waste time on thinking.

AHA music is a music identifier on chrome that detects songs being playing on your browser with Spotify, Deezer, Video and Audio files and YouTube stream links. It is a chrome extension, more smaller than a computer software. You can even get your song recognized with the help of headphones.

If the words of the song you are seeking is known to you then type the words on Google. For lazy ones who can’t create an effort to search the phone, this one is best. Genius is one of the best lyric website that lets you find the songs, you are looking for. It is the biggest collection of lyrics and musical knowledge. You can also know the meaning behind a lyrics. 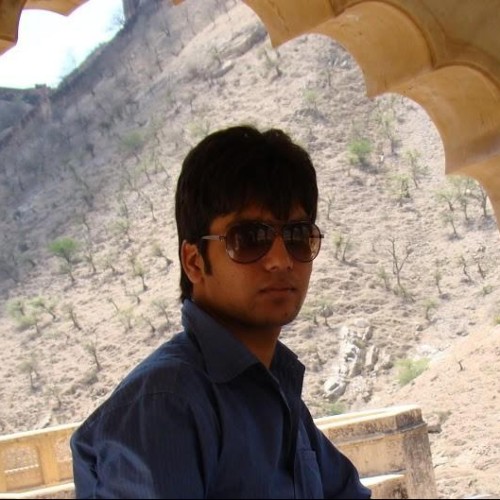 Abhiyanshu loves technology and has been addicted to it since childhood. He believes AI, automation, and every day new tech will change our future. He works as a Tech Journalist at TechnoFiZi and has a significant craze for smartphones and laptops. He also loves watching Superhero/Sci-fi movies, playing games and travelling to new places.

Is it recommended to go for Digital Marketing course after Pursuing MBA?